Chess Comparisons:
Comparisons of baduk to chess are inevitable.  Often, one of the first things people will ask me about baduk is, "Hey, is that like chess?" Or, almost as often, "Is that like Othello?"  We say,  "No, not really, but we have played and enjoyed those games at our home."  According to Sensei's Library, chess is the closest thing in the West to baduk, which suggests that it may be relevant to entertain some of the standard comparisons.

<Quote> from Sensei's Library:
Should we compare the two games at all?Whether comparing Go to chess is a BadHabit or not is in dispute (see /discussion), but what isn't in dispute is that it's a bad habit to ridicule either game by comparing it to only the good qualities of the other game. Both games have their strengths and weaknesses. When you're in love, the mole on your beloved's nose becomes a beauty mark.

In the west, Go is a bit of an underdog to chess, in terms of popularity. One needn't disparage Chess in order to advocate Go, as Go can stand on its own. If you must compare or criticise (and it's very difficult not to), try to do it thoughtfully and academically and not as an act of proselytizing.

One bad but popular reason to compare Go to chess is to troll. A better reason to compare Go to Chess is to give it context. It is natural to explain the native context of Go, i.e. its history, popularity and cultural framework in the Far East, but if it is to grow in the West it also needs a western context, i.e. what is it like? Where does it fit into the scheme of things? Why would anyone want to spend an hour putting little stones on a board? There is only one other thing like it in the West, and that is chess. It makes a natural point of reference. Highlighting the ways that Go is more attractive than chess (higher strategy, humans v. computers, etc.) is a simple way of 'selling' the game. [7]
Go is not any better than chess. They are different games with different rules and should not be compared just like that.
<End Quote>


"The rules of go are so elegant, organic, and rigorously logical that if intelligent life forms exist elsewhere in the universe, they almost certainly play go." Emanuel Lasker

Eastern Mind vs. Western Mind: Go vs. Chess
http://newsgroups.derkeiler.com/Archive/Rec/rec.games.board/2007-11/msg00021.html
“The philosophy behind chess is to win decisively. For the winner,
victory is absolute, as is defeat for the loser. In chess, both players
have the same clear and overriding objective―capturing the opposing
king―and accomplish this objective by decimating whatever opposing
forces are standing in the way. In go, total victory usually happens
between two mismatched players. That kind of victory, as Sun Tzu puts
it, is not the pinnacle of excellence. In a go game between two
well-matched players, the margin between win and lose is usually very
small, often decided by only a few points. The philosophy behind go
therefore is to compete for relative gain rather than seeking complete
annihilation of the opponent’s forces. It is dangerous to play go with
the chess mindset. One can become overly aggressive so that he will
stretch his force thin and expose his vulnerable parts in the battlefields.


Comparison of Checkers, Chess, and Go:

Compare Go to Chess at Sensei's Library 1.   Comparison Between Chess And Go users.eniinternet.com/bradleym/Compare.html

4.   A Comparison of Chess and Go | British Go Association www.britgo.org › What is Go?

May 20, 2010 - Go is a board game like Chess, but not like Chess. BothChess and Go are strategy games. Both are worthwhile to learn and play. Go is simpler ...

7.   Game Of Go c2.com/cgi/wiki?GameOfGo
May 3, 2014 - Once you learn what go is about, chess seems antiquated, like colonial British warfare vs American revolutionary guerilla (terrorist - i.e. 'outside ...


While the Baroque rules of Chess could only have been created by humans, the rules of Go are so elegant, organic, and rigorously logical that ...

10. Scott Boorman, as a teen, wrote the book, The Protracted Game: A Wei-chʻi Interpretation of Maoist Revolutionary Strategy, to describe how the U.S. failed to fully appreciate East Asian war strategies.  Boorman asserts that while the U.S. perceived the conflict more like a chess match, actually they were enmeshed in a more complex game of go. 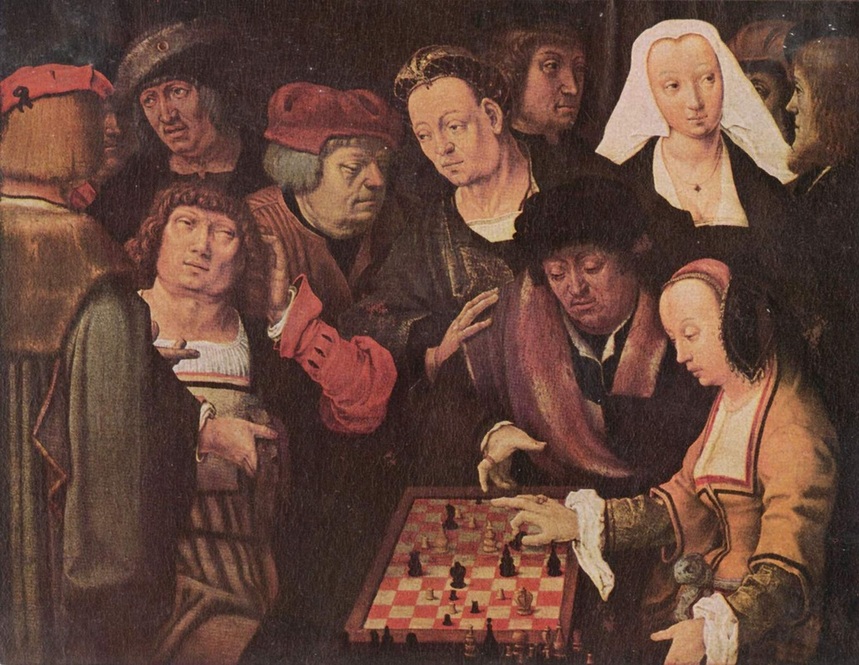